The 2014 FIFA World Cup has come to an end and excited billions of people all over the world. For four weeks the international spotlight was on the host nation Brazil. Beyond soccer, the world also got to see some of Brazil’s glory as a go-to destination. That’s where Brazilian-based Rodrigo Cerqueira, his company panoGrama, and some of the world’s most stunning 360-degree videos came into play.

PanoGrama specializes in panoramic video that is widely used by tourism departments and ad agencies around the world. And Brazil has no shortage of beautiful sites. From Brazil’s rainforests, nightlife, and coastlines, Mr. Cerqueira and his Brasil360 Experience project captured more than 30 hours of panoramic video from 27 different locations around the country.

Panoramic video puts the viewer in the center of a virtual world. The beauty and allure of 360-degree video was a big reason why FLIR first developed the Ladybug series of spherical imaging cameras, which combines six separate sensors into a single housing capable of capturing up to 90% of a 360-degree field of view. One thing is for sure — Mr. Cerqueira is a Ladybug fan. 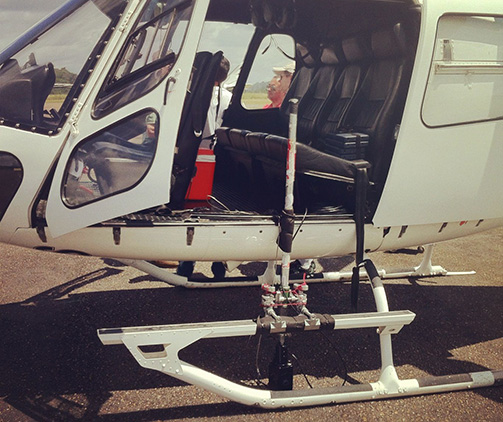 “From street view applications to virtual-reality films (with OculusVR), panoGrama offers a variety of panoramic solutions for our clients,” Mr. Cerqueira says. “FLIR's Ladybug cameras are our number one choice when we go film or capture panoramic images.”

Before selecting Ladybug, panoGrama tried the GoPro and other imaging cameras, but stitching multiple cameras together posed a lot of challenges for both mechanical and electronic reasons. “The main reason to use the Ladybug camera family is because it works like a ‘digital camera,’ but with six lenses,” Mr. Cerqueira notes. “So we just need to worry about one video source instead of many.” 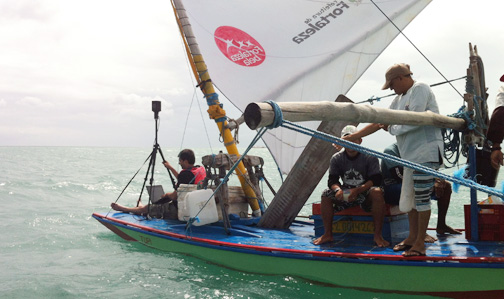 Mr. Cerqueira captured 30 hours of video for the Brasil360 Experience website using different Ladybug cameras, including the Ladybug 2, 3, and 5, depending on the resolution he needed. When combined with the LadybugCapPro software running on a 64-bit Windows 7 PC, Cerqueira was able to generate some of the most beautiful panoramic videos in existence. By including a 40-m UniBrain Smart Cable, Cerqueira was even able to capture panoramic video from 20 meters below sea level, revealing the incredible variety of Brazil’s sea life.

Be sure to explore Brazil’s secrets through the eyes of a Ladybug by visiting www.braziltour360.com.